Davido has shared the thoughtful gift he received from his fiance, Chioma for his 28th birthday today.

The singer turned 28 today and friends and family worldwide have taken to social media to celebrate with him. The singer has also been receiving gifts and his fiancee and mother of his son, Chioma Rowland was no exception. Chioma spared no expense in gifting her fiancee a neckpiece encrusted with an old picture of him and his late mother, Veronica Adeleke from his favorite jewelers, Icebox. Taking to his Instagram page after receiving the gift, he wrote: “Me and my mother. Emotional thank you“

See the pictures below: 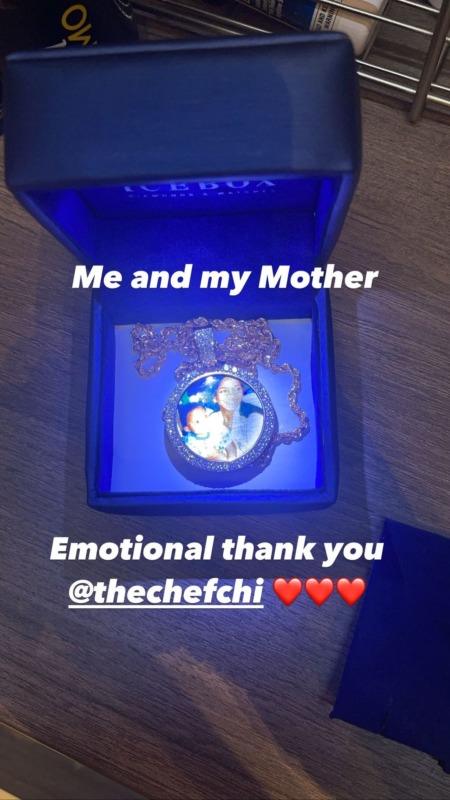 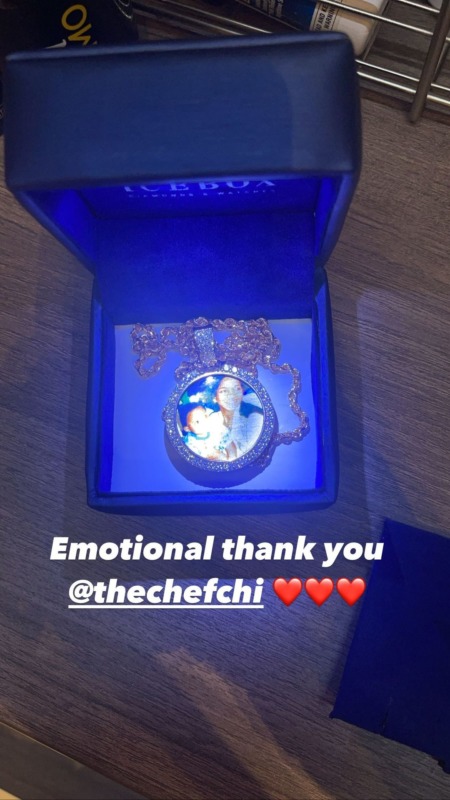 No I’m not! A lady alleged to be billionaire Ned Nwoko’s 7th wife shuts down rumours

Sex Tape Scandal: 9ice Appeals To Fans To Help Save His Marriage From Crashing

Davido Brags About Having A Jewelry Collection Worth 767 Million Naira